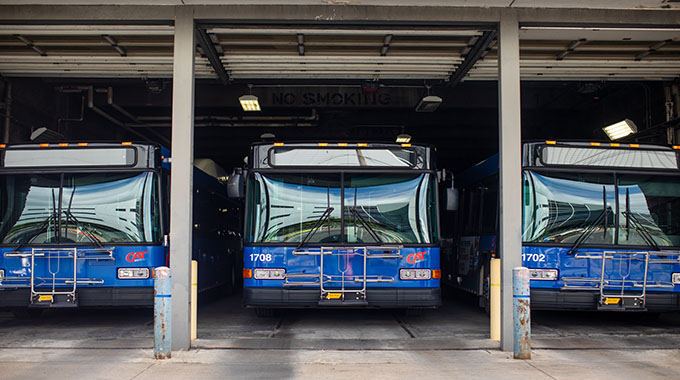 The Cumberland-Dauphin-Harrisburg Transit Authority (a.k.a. Capital Area Transit, or CAT) was formed in 1973 after the dissolution of the Harrisburg Railways Company. When that company ceased operations, the local municipalities, in order to continue to provide mass transit, formed the Authority under the Commonwealth of Pennsylvania’s Municipal Authorities Act of 1945, as amended. Formed by the Cumberland County and Dauphin County Commissioners and the City of Harrisburg, CAT was designated as the public transportation provider in the greater Harrisburg area.

The Authority is governed by a Board of Directors who are appointed by the three municipalities, and who each serve a term of five years (at which time they may be reappointed by their respective municipalities). The Board meets each month on the last Thursday to set policy and provide guidance to the staff. Committees of the Board meet on an ad hoc basis dependent upon the activity occurring within the Authority.

Being a public transit agency, we are a not-for-profit entity. We receive about 35% total operating costs from the farebox, that is fares that our passengers pay to ride CAT. The remainder of the operational funds to provide service as well as capital funds comes from Cumberland and Dauphin Counties and the City of Harrisburg and the Pennsylvania Department of Transportation. Additional funding for capital expenditures is received from the Federal Transit Administration.

Nearly 8,000 people depend on CAT each day to get to work, medical facilities, school and other life-sustaining activities. CAT is dedicated to helping all residents in the region get to where they want to go.

CAT Board of Directors:

Mobility is an essential need in order to experience a high quality of life. CAT dedicates itself to providing its constituents safe, reliable and customer-centered mobility services consistent with the stewardship of its resources.

Keep up to speed with CAT